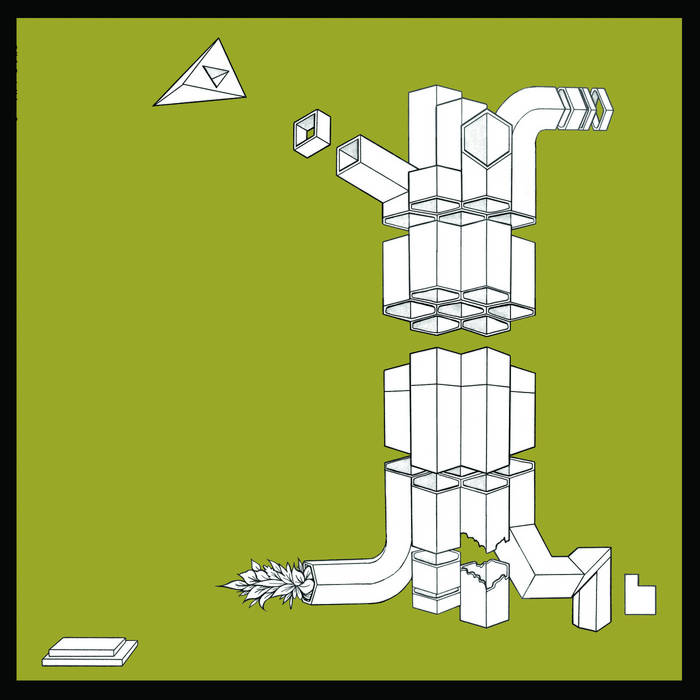 "Frijsfo Beats come with the biggest drop yet in their series of vinyl EPs compiling work from various artists. As usual it's evidently curated with a distinctive ear, tuned to wilder mutations of garage and dubstep. Volume 3 sees Geiom return, by now a label stalwart, but is largely about new blood, delivering a hefty load of talent to the roster all at once in Cardopusher, Desto and Submerse.

Cardopusher will shock anyone who thinks they have him pinned down as a purveyor of jump-up tracks, albeit high quality ones. "Then What" pulls the covers from the Venezuelan's real talent, for rugged techno soul and the kind of weighty but improbably elastic rhythm section that marks out a cannier producer. Though sharper heads will have clocked his recent album for Tigerbeat6, for sheer rewind and replay value his contribution here stands out memorably.

Desto isn't the only Finnish producer to get ahead in the hype game recently, but he stakes out his territory in muscular fashion. His remixof Kuoyah's "Convex Gravity" (released digitally last year on Frijsfo) follows two excellent twelves for Ramp Recordings. Unexpectedly but grippingly, his inner bruiser gets the cue to come out chopping and screwing: pitching juke-like drums and vocal buckshot at will and scalding the lot with something like the extra corrosive byproduct of an acid line.

Geiom won't necessarily surprise fans of the rangy capabilities represented on his own Berkane Sol imprint and his Frijsfo EPs, Tone Generation being the latest to hit shelves earlier this month. He should delight plenty however, as he jams a grinding 2step beat with slippery tones and stroboscopic gating, the kind of computer madness Underground Resistance might transmit as a distress call from the nth dimension.

Last but not at all least Submerse steps out for the label, arguably in overdue fashion. The hugely popular producer has inspired the diverse likes of Well Rounded, Fortified Audio, Mad Decent and Ministry of Sound all to jump on the wagon in some capacity so far. There's a strong case that "Bubblin'" is his best tune yet, shying away from more blatant moves in favour of a gossamer touch. Low end dynamics are fully present, but beyond the subs it's all headroom, giving the merest after-impression of a summer garage anthem space to blossom." (Robin Howells)

*Pulse Radio review: “Frijsfo Beats have a tasty piece of the 2012 cake on their plate, with the imminent release of volume three in their series of vinyl EP compilations. Tuned in to the various new mutations of garage, this latest release joins label stalwart Geiom with three newer artists; Cardopusher, Desto and Submerse, all of whom have been hotly tipped for bigger things in this year’s blogosphere.

Cardopusher is a Venezuelan expatriate based in Barcelona, where I interviewed him at Sonar 2009 and discussed how keen he was to escape the sonic confines of gabba core. At the time, he was moving into some quality dubstep production, but this hungry producer has ended up pushing through into the golden triangle of tropical house, soul techno, and neo garage.

The opening ping pong beats and game show synths of Then What evoke the sunny days and electric nights of Barcelona, then suddenly the drop falls by way of a comical tom roll in to an early naughties 2-step swing. Full of production tricks that fill the track with dynamic and a slathering of nicely separated, funky triplet percussion; Then What is coloured by filmic strings, electric piano stabs, descending organ lines, and a typical (but pleasing) garage synth bass line. Packing enough technical skill for the headz and buckets of funk for the legs, Then What is an undeniable dance floor starter; easily solidifying Cardopusher into the top tier of the European underground.

Finnish producer Desto, whiplashes us into the next track with his remix of Kuoyah’sConvex Gravity (released digitally last year on Frijsfo). It follows two twelves for London’s hip Ramp Recordings and finds another victim of the Chicago juke and footwork beat wave. Deploying DJ Rashad’s take on chopped and screwed vocals, with Chicago hip hop kits and acid synth lines, Desto’s remix is a violent dance floor throw down that will sync easily into your last Addison Groove 12”.

Next up is 90’s idm survivor Geiom, who first began blowing listeners a third ear hole with releases on Neo Ouija and Manchester’s Skam records, alongside legends like Lego Feet (Autechre), Jega, Team Doyobi, and Boards of Canada. Geiom’s Chip Voices is a happy portamento synth slip n’ side, coupled with time stretched garage rushes and warm chorus bass lines. Listening to Chip Voices, older fans of the more dance oriented idm oeuvre will feel like they never left the 90’s – and really appreciate it – whilst young future garage hipsters will undoubtedly be rinsing this on their next Sub FM show.

Finally, in an exciting coup for Frijsfo, the young Submerse brings his otaku garage following, to what sounds like, the next level of his productions. Toning down his hyper j-pop garage in favour of the uber fashionable kick – milk bottle and chain rattle approach to 2-step; Bubblin’ tends sweet acapella cuts with layers of warm pads, tinted with the noise of a compressed synth breeze and the whistle of electric crickets.

This new work by Submerse may find the producer maturing stylistically, but the polished production and emo heart ache remain amidst a sparser vantage point, ensuring everyone will be seeing Submerse rising in to the next 12 months. Overall, kudos belongs to Frijsfo here for curating a very high quality collection of intelligent yet dance floor oriented works, that will sell well to both DJ’s, critics and fans alike.” (Sean Taylor, Pulse Radio) pulseradio.net/articles/2011/08/frijsfo-beats-volume-3