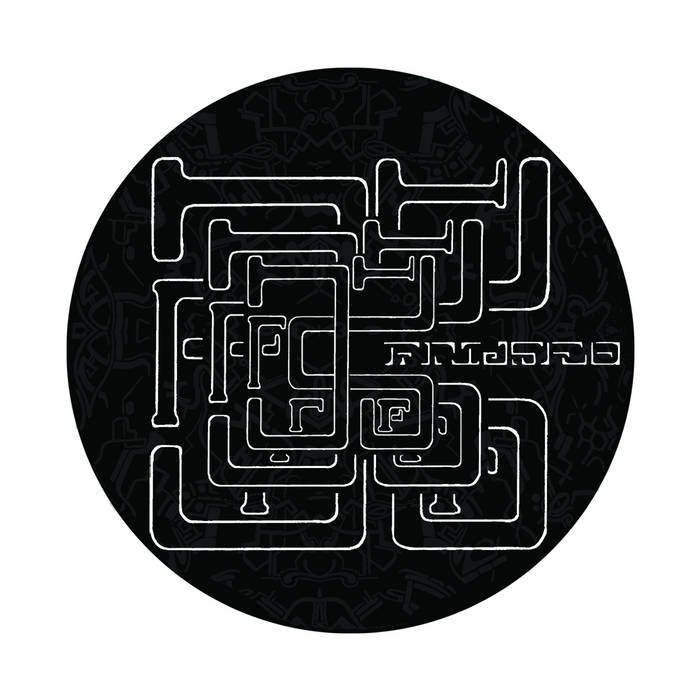 We’re proud to announce Geiom’s full debut for Frijsfo Beats, following his remix contribution to Volume 2, our various-artists collection released earlier in the year. The Nottingham-based producer is known for casting his own sound in different lights, reflecting multiple genres in the process. His Frijsfo 12-inch is doubly exciting in that it makes a new departure into the tempo and rhythms of ‘half-step’ drum ‘n’ bass. The tracks have already earned support from ASC (Autonomic), DJ Alley Cat, Boxcutter, Autechre and West Norwood Cassette Library.

Beginning around the millennium, Geiom’s music appeared on electronica labels such as City Centre Offices, Neo Ouija and Skam. A few years later he started to feel dubstep’s gravitational attraction, coinciding with his feature in Kode9’s mix for the influential Dubstep Allstars series. Next was the success of his album Island Noise, before approaches came from the Deep Medi, Skull Disco and Planet Mu labels. Since 2006 he has operated his own Berkane Sol imprint, an outlet for work such as his epic single ‘Reminissin’, plus material from the likes of Appleblim, Brackles, Shortstuff and Bowly.

Recently releases have foregrounded a sultry UK house dimension, but for this latest material, the closest reference point is drum & bass’s thriving half-step sub-genre. ‘Resi Claart’ unfolds with a similar steely, Terminator-like persistence, although instead of militantly in thrall to the grid, it’s gracefully executed. In certain ways the vibe is closer to nineties ambient jungle, although it couldn’t be mistaken for a product of either scene – fleshed out as it is with Geiom’s distinctive harmonies in brown, dystopian mode.

B-side ‘Stel Dum’ is subtly woven around live drum and Moog tracks, pivoting on a skeleton of robotic calypso percussion as the title half suggests. Gradually the framework is stuffed with digitised silk and spice textures, building up a palette as lush as that of Island Noise and making for just as absorbing a listen.

It might have been simple to capitalise on the existing reputation of Geiom’s music in other styles, but we think it’s more than worthwhile to bring listeners this new stage of his evolution. We hope you’ll agree.

*Resident Advisor review: "It's fair to say that the Autonomic movement has busted drum & bass wide open: but the black hole they've torn into its fabric is widening at such a rate that by 2011 it's going to drag all the dubstep producers into its churning core. All-purpose wizard Geiom, after finding his own unique techy-tropical dubstep sound, is the latest 140'er to go 170 (basic drum & bass tempo for all you laymen).

"Resi Claart" is the more distinctively Autonomic of the two, tapping into the same streetlight melancholia: desolate but melodic chords, dynamic and exaggerated drum programming, and reserved but gently nudging subs. However, where much of the appeal of Autonomic is vested in the sensation of warm breath invading vast, frigid silences, Joory leaves no such space to be infiltrated. "Resi Claart" bustles and whirs like a busy machine, the drums interlocking in a closed circuit and the pads specked by all manner of beeps and quick synth motifs.

On the other hand, the closest analogue to flipside "Stel Drum" is ASC's earlier and heavier Autonomic experiments: reverbed metallic drums, clouded sub-bass, and quirky cyclical synths. But unlike Clements' clean lines, Geiom's drums echo and stall in unpredictable measures, like they could exist in two places at once, as the bass climbs up the walls only to dive-bomb into hidden pockets. Autonomic may be very much machine music, but to call Geiom's that would be missing the point." (Andrew Ryce) www.residentadvisor.net/review-view.aspx?id=8479